akelectric7
Or send us a message
Your location: Home > News >

From January 29, 1886 Karl Benz output first car now, this hundred years the rapid development of the automotive industry, and in this process of rapid development will inevitably bring some negative effects, that is, fuel after combustion caused by environmental pollution, since the 1990s, countries in the world to improve the environment is growing, new energy vehicles will emerge from this, and bear the brunt is born with a variety of electric vehicles . However, due to battery problems have hindered the development of electric vehicles, thus forcing engineers began developing various kinds of new energy vehicles. 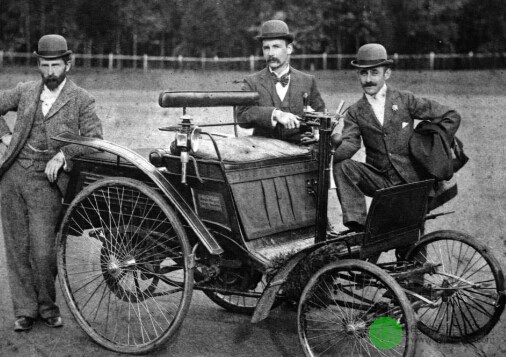 The impact of new energy vehicles to our

Extensive application of new energy vehicles is undoubtedly produce a positive impact on our lives all aspects of carbon emission car first point is greatly reduced, which greatly eased some of heavy industry still led by regional environmental problems, such cars are no longer contaminated one source.

The second point is to reduce the cost of the vehicles, as the new energy vehicles get rid of or reduce the dependence on traditional fuels, such that our car costs in the cost of fuel is no longer predominant position.

The third point is that some areas of subsidies for new energy vehicles, and in some areas on the card need Yaohao even avoid the lottery links directly on the card, this is a big plus for consumers with lower prices and more convenient purchase use of new energy vehicles, to stimulate consumer desire to buy, so as to change the environment to make such a virtuous circle.

The fourth point is the car with the improvement of quality, whether it is a pure electric vehicle or hybrid vehicle, due to motor intervention, the vehicle will be very quiet, but at the start, accelerating the process will be more “strong and” more than conventional cars .

At present, two types of new energy vehicles, almost all need to use the battery and electric motor, one of the hotspots where the complaint is incompatible with life away from publicity. Indeed, both now and in the limelight strong Tesla or rest some manufacturers of electric cars are far from broke mileage standards. The second is hot down badly, often battery failure. Three hot spot is insufficiently charged degrees.

What types of new energy vehicles is environmentally friendly

Pure electric vehicles, new energy vehicles as the future development direction of the main one, the largest of a controversial “energy” – electricity, some scholars have pointed out that in our country, in order to account for thermal power or dominant position in China’s power structure, thermal power accounts 75.6%, 23.5% hydroelectric, nuclear power accounted for 0.9%, there is the use of a small amount of wind, solar, geothermal and ocean energy and other energy to generate electricity. Wherein the thermal power, is one of the most serious pollution industries. Imagine, if pure electric vehicles in the country with a large thermal power-based universal, is to achieve a “zero emission” cars from the source, but a lot of use of thermal energy, is not to say ” Put another way pollute “the.

As a pure electric vehicle product transition, hybrid cars seem to have become a today’s environment-friendly models of. Meanwhile scholars also believe that hybrid hybrid and extended range hybrid vehicles, even though they still need to add the traditional vehicle fuel, but because of its own power plants as well as the kinetic energy recovery equipment, so it can be self-sufficient, so as to achieve a real sense of ” energy saving “effect.

Having said this, Xiao Bian also do believe that our country is mainly dominated by thermal power plants, when the large-scale use of electric cars, will also lead to “a different pollution” argument. But inevitably, the electric car as the main development trends of new energy vehicles, the future will definitely be more and more of a pure electric vehicle traveling on the road, but if in the future the production of electricity, began a large-scale shift to clean energy, so pure electric cars must be environment-friendly vehicles. And with our current energy structure, or choose the most suitable hybrid vehicle.

Next: The difference between contacts and relays